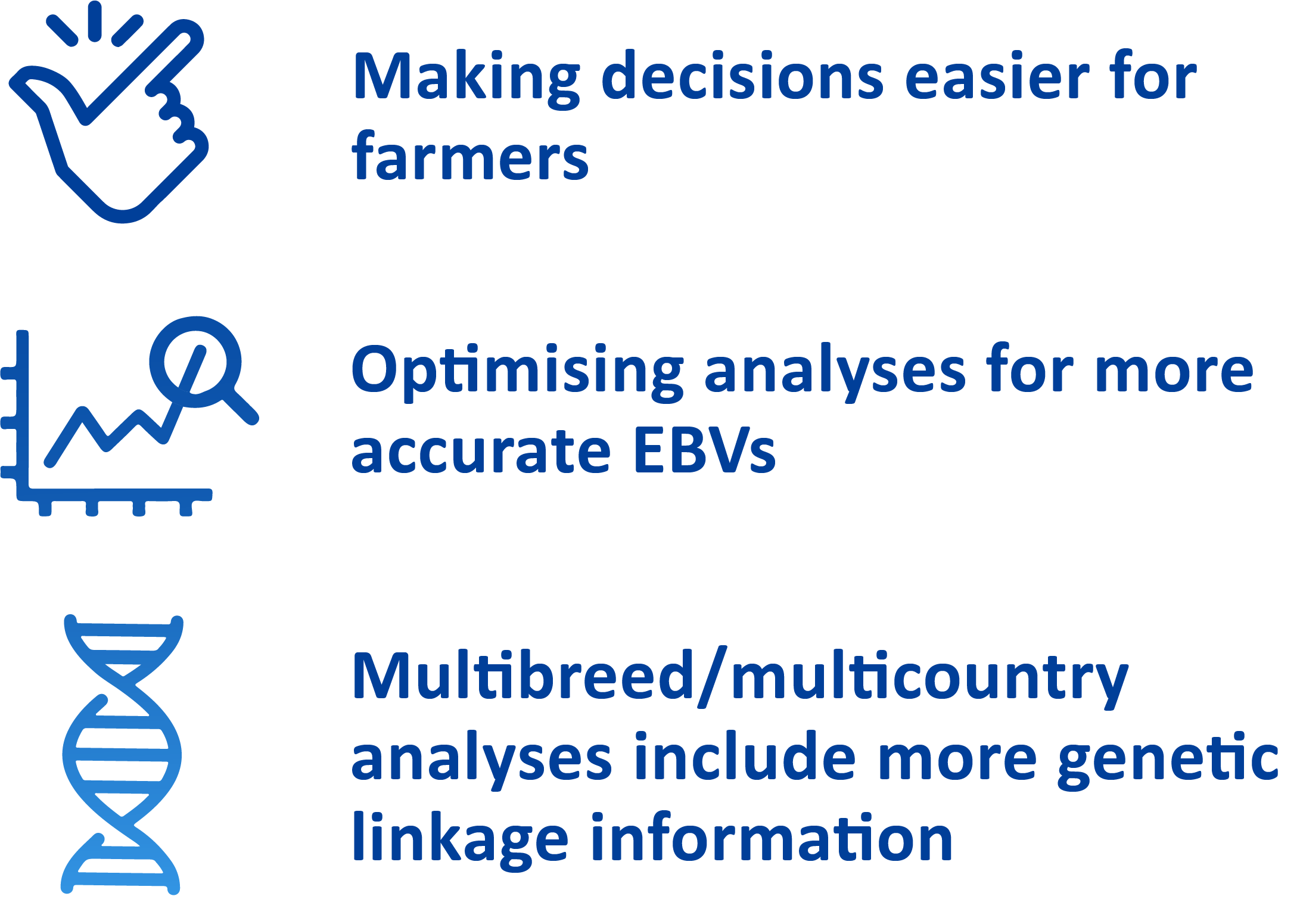 BREEDPLAN is a modern genetic evaluation system for beef cattle breeders. It is based in Australia, and is provided to both Australian and international clients of the Agricultural Business Research Institute (ABRI) and so represents the most widely used genetic evaluation service for beef cattle internationally. BREEDPLAN offers bull breeders the potential to accelerate genetic progress in their herds, and to provide objective information on stock they sell to commercial breeders.

Over 60 separate BREEDPLAN evaluations have been developed, representing over 14 million animals, almost 40 beef cattle breeds and at least 100 breed associations distributed across 14 countries.

Included in the calculation of EBVs are the animal’s own performance, the performance of known relatives, the heritability of each trait and the relationship between the different traits i.e. a world class genetic evaluation model, combining all traits in one analysis.

Most breeds of beef cattle in Australia use BREEDPLAN. For most, the BREEDPLAN genetic evaluation system has been integrated with the respective breed association’s pedigree system. Substantial genetic improvement for traits of commercial importance have been demonstrated.

The BREEDPLAN technology is highly regarded in a number of overseas countries where it is made available under licence. BREEDPLAN has been implemented as the national beef recording scheme in Australia, New Zealand, Namibia, Thailand and the Philippines, and its use is also increasing in the United States, Canada, United Kingdom, Hungary, South America and South Africa.

Genetic databases for particular breeds have been merged since the late 1990s to conduct international genetic evaluations. The rationale for this is simple - the larger the population of cattle being evaluated the higher the chance of finding elite genetic material which can then be rapidly disseminated using modern artificial breeding techniques. This will improve the competitiveness of beef production in all co-operating countries.